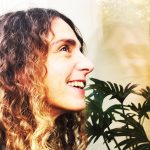 Her research interests focus on anthropology of kinship, anthropology of gender and sexuality, queer theory, anthropology of science, Greek ethnography and anthropology of the Mediterranean. She has conducted extensive fieldwork on women’s same-sex sexuality in Greece, the visibility of same-sex desires, same-sex families, motherhood and new forms of parenthood, the summer lesbian community in Eresos and the history of the lesbian movement. She has also published extensively on kinship theory, gender epistemology and methodology, politics of sexuality and conceptualizations of citizenship. During the last years her research focuses on assisted reproduction, shifting conceptualizations of kinship and science, the distribution of authoritative knowledge in the context of emerging social and technological transformations, and interrelations among medical technology, law and religion.

She was member of the international scientific network EastBordNet Cost Action (2008-2012), participated as national stakeholder into the FP7 research program Families and Societies (20013-2018), participates as expert evaluator on European FP7 and Horizon research programs, and is member of the ReproSoc advisory board at the University of Cambridge. She has taught as visiting scholar at the University of Barcelona, American University of Beirut and University of Cyprus, and has presented her work as invited lecturer in research centres and universities in Greece and abroad.

From 2012 to 2015 she was the Principal Investigator of the three-year long research project (In)FERCIT, «(In)Fertile Citizens: On the Concepts, Practices, Politics and Technologies of Assisted Reproduction in Greece”, co-funded by the European Union and Greek national funds (http://www.in-fercit.gr/en), that aimed to offer a detailed, multi-sided ethnographic account of assisted reproduction concepts, practices, politics and technologies in Greece, relate them to legal issues and human rights on (in)fertility and reproduction, and provide a comparative perspective that would associate the Greek project with similar research conducted in specific European and non-European countries –Spain, Italy, Bulgaria, Turkey, Cyprus, Lebanon.

DEPARTMENT OF SOCIAL ANTHROPOLOGY AND HISTORY